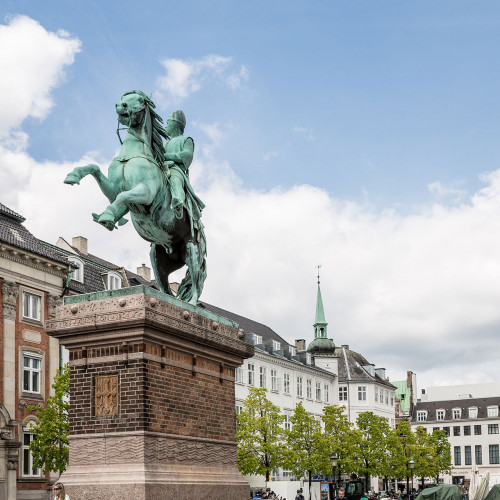 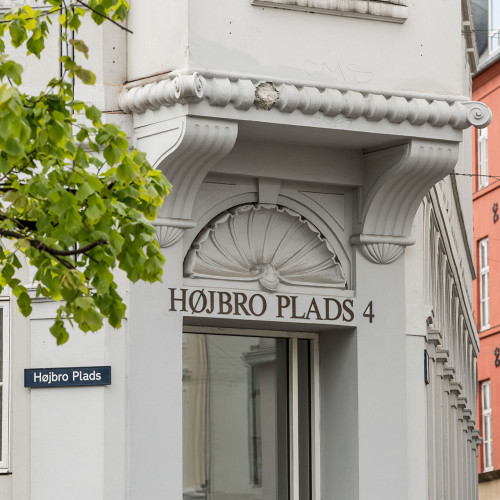 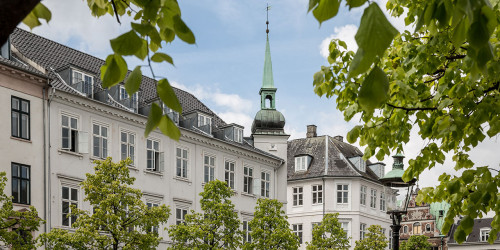 Højbro Plads is named after the bridge that connects the area with Slotsholmen where Christiansborg Palace and Parliament are placed. One of the square's famous landmark is the equestrian statue of Copenhagen's founder, Bishop Absalon, which was raised in 1902.

Højbro Plads was built after the Great Fire of Copenhagen in 1795, where over 900 houses burned down. In the years after the fire many new buildings were built typically in the Neo-classical style but with the addition of a firebreak which was left to guard against a similar disaster happening again. One of these firebreaks are still in exist stance to this day between Færgestræde and Højbrostræde.

During the 1800s, Højbro Plads was a lively marketplace with the trade of flowers and vegetables. Today the site is marked by a thriving and modern business environment, trendy cafes, upmarket shops and restaurants. Every December you can enjoy a festive atmosphere with a Christmas market in the square

The property Højbro Plads 4,cadastral 51 Strand quarter, was built in 1796-97 and belongs to classic Copenhagen. The building was built in neoclassical style, and although over its 200-year life has undergone several major renovations in 1850 and 1906 it has been true to it original design. Most recently the building has been renovated by the Ministry of Environment in 2014 with great respect given for the original architecture.